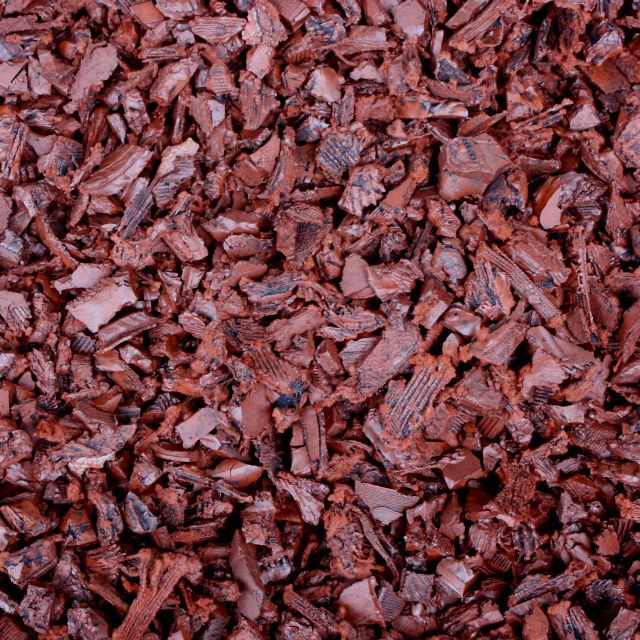 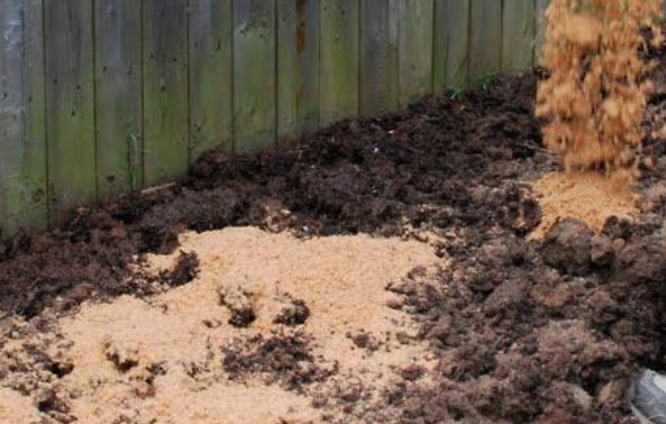 We received a great question last week from Terry who said, “I have a huge pile of sand and a huge pile of clay-based dirt that I am going to put in my garden to raise it up for better drainage. Should I put a layer of sand down 1st and then a layer of dirt or dirt 1st and then sand or should I just mix them together?”
Many articles, books, and “experts” still recommend this practice of adding sand to clay soils and its a question we still get pretty frequently. On the surface the practice makes sense but the answer might surprise you!
Contrary to popular belief, research (University of California Agricultural Extension & the U.S. Department of Agriculture) leads us to believe adding sand to clay soil, can actually be detrimental! Remarkably, a mixture of sand to clay actually tends to pack more densely than heavy clay soil, creating an easily compactable soil that isn’t fun to garden in. (If you add a little of water you can even make your own bricks)
How To Make Bricks 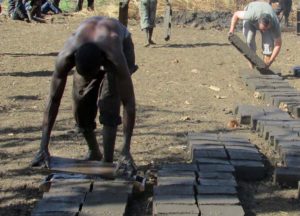 Adding soil amendments with organic material, such as finished compost, is my favorite method to improve both infiltration and soil structure in the heavy clay alkaline soils we typically see here in North Central Texas. 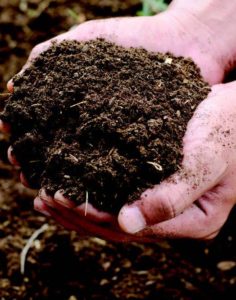 You might also consider amending with (and incorporating) expanded shale, but although it is a great product, it tends to be a little cost prohibitive on a larger scale.
Topdressing yearly with ½’ -1” of a good quality compost is a great method to improve your soil over time. Others have had success adding up to 2” + of compost and incorporating into the top 6” by double digging or even a one-time minimum tillage (over-tilling can open a whole new can of worms).
Another great soil improving practice is to maintain 2”-4” of mulch in your planted beds. Not only does mulch reduce weed pressure and maintain soil moisture, as it breaks down, the organic matter improves soil structure over time. 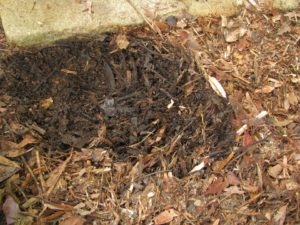 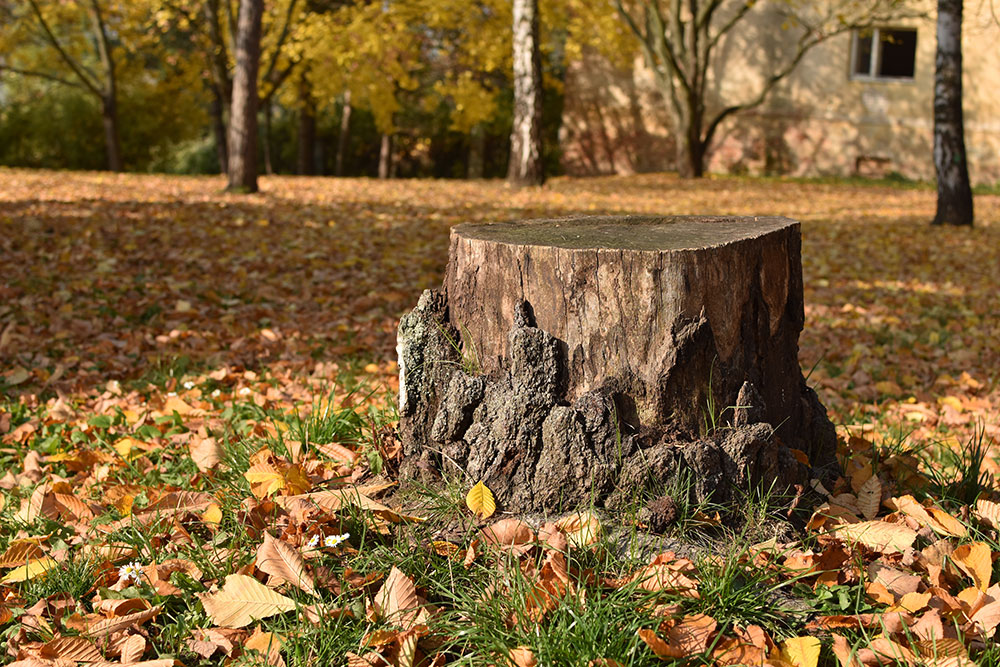 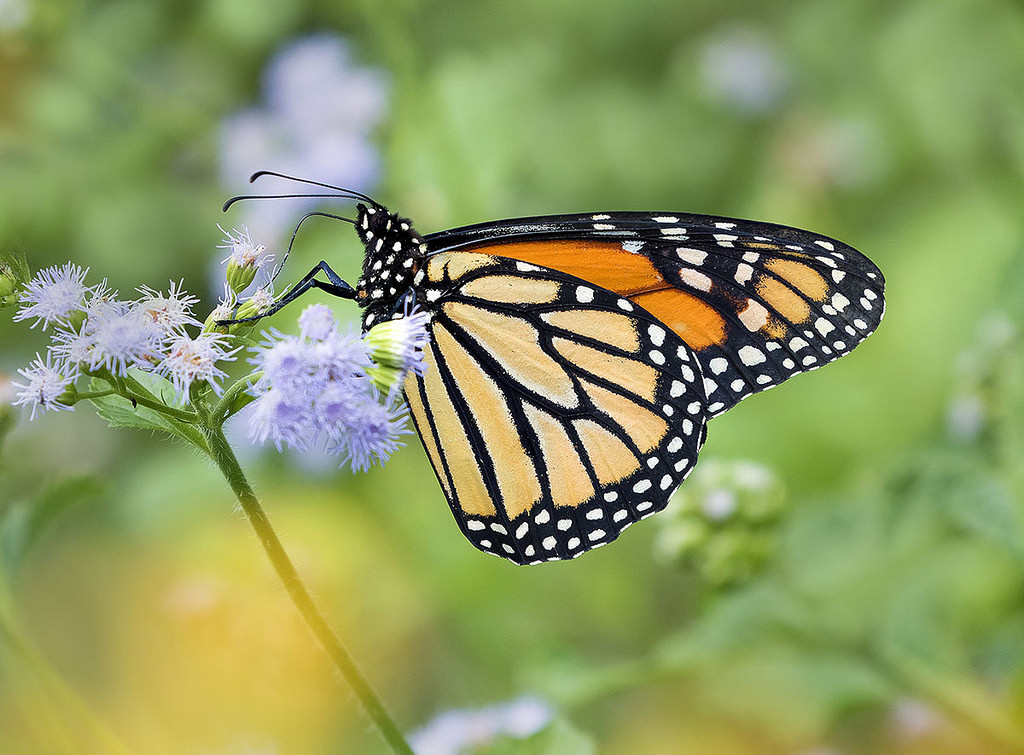 #InStockNow 'Eureka Gold' yaupon holly is a compact evergreen shrub (3'-4' tall and wide) that adds year-round interest in sun to shade and a great alternative to 'Sunshine Ligustrum' with native lineage! $40 for 3 gallon #RootedInPlants #TexasToughPlants #YellerShrub

Right before the next rain event you better believe there will be some bluebonnet seeds at the base of that sign making a trail to @Rootedin_TX !! Thx @LoneStarLogos

We're thrilled to be on the map with our new @txdot #Tourism signs located about a mile from our entrance at 12804 Pelzel Rd. Pilot Point TX 76258!

We hope you "dig" them and that you'll "branch out" on come see us soon!

GreenSourceDFW worked up this sweet little piece on the latest estimated release date on Wild DFW: Explore the Amazing Nature Around Dallas-Fort Worth. Includes a shout-out to Suzanne Simpson and Wild Houston, also in the Timber Press production queue. https://t.co/OiGpkD3rNt

#MaintainTheMigration Before you know it, Monarch butterflies 🦋 will be moving through our area in greater numbers, migrating South for the winter. #InStockNow We have both fall blooming perennials AND native milkweed to help fuel their efforts for seasons to come!